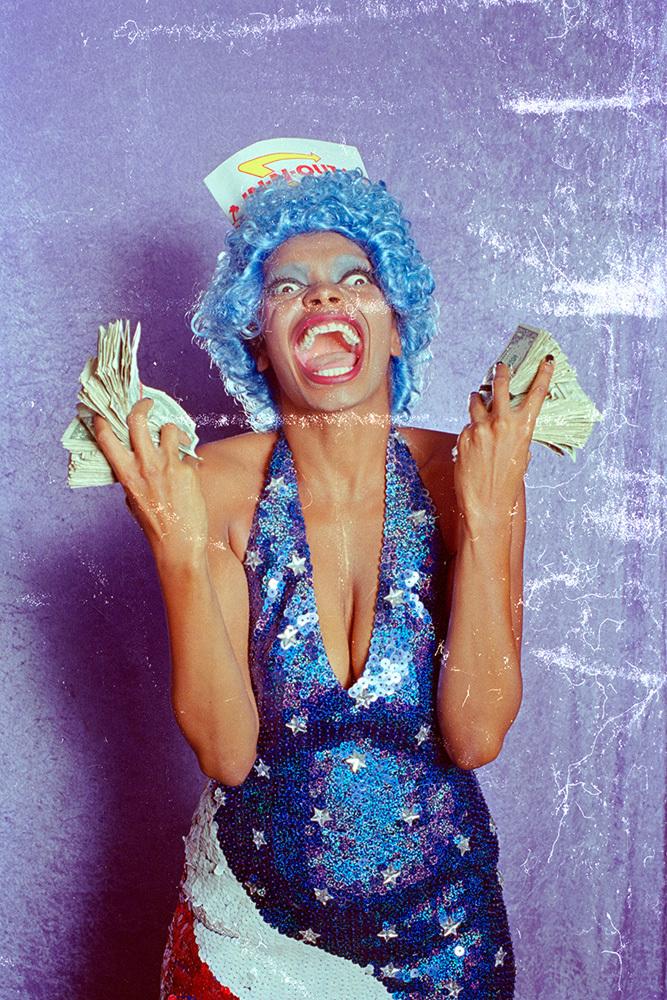 Art might not be able to stop Donald Trump becoming president on Friday, but it can certainly help us process some emotion about him rolling back decades of women’s rights. “The fact that now we have to live in fear of our reproductive rights being stripped away from us, that much of the progress we have made over the past 50 years may very well just crumble away with the new political regime is frightening,” says New York-based artist Indira Cesarine, who is curating a feminist group show in response to the election, opening tonight at Untitled Space. “I think it is really important to have some sort of outlet to channel all those emotions.” 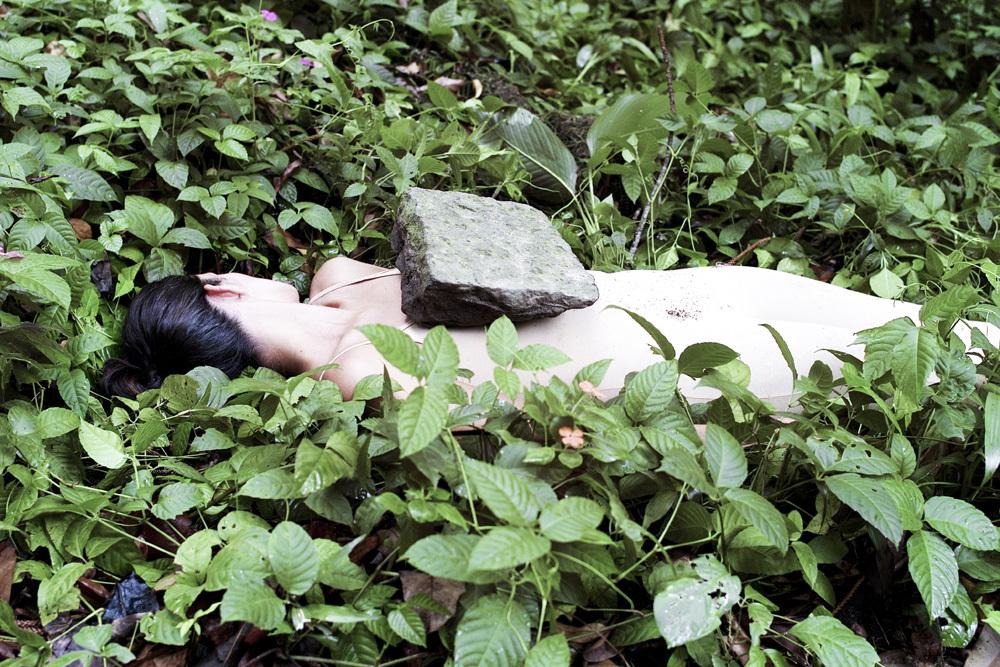 Bia Monteiro, “And So She Was Left Behind”

Cesarine, along with 80 other female artists including Parker Day and Rose McGowan, have created work that challenges the president-elect’s misogyny and the social climate that has sanctioned it in the most terrifying way. The exhibition is presented in partnership with Era Coalition, a political organization that is working to pass the Equal Rights Amendment, with a portion of proceeds from the show benefitting their fund for women’s equality. Cesarine hopes that the show will not just help artists embrace their own anger and disappointment but help visitors to see different perspectives on issues, ones that often can’t be summed up using words alone.

“I think that by artists creating art that elaborates on the subjects they feel most challenged by, their work impacts others, and even if it ignites a conversation, it’s forcing people to think about the issues,” she tells us. “Some may think we are merely preaching to the choir, but I can see from even the response this exhibit is getting that art can be a catalyst for change. In some way, shape or form, if art can shed light on different perspectives or cast a new angle on the issues, whether it is in a serious or satirical way, then it is creating a reaction.”

Among the works are an experimental video installation by Rose McGowan, a Trump voodoo doll by Rute Ventura, a maniacal In-N-Out worker shot by Parker Day, and a feminist ode to A Clockwork Orange by Renee Dykeman. The works “might not necessarily make people change their views but at least they are raising awareness, and encouraging the viewer to consider someone else’s perspective,” says Cesarine. “It’s important to keep progressing and even if a few people gain a deeper understanding of the issues from a work of visual art, and it makes the slightest difference — then it’s worth it.”

Uprise / Angry Women is on view at The Untitled Space in Tribeca from January 17 – 28, 2017. An opening reception will be held tonight from 6 – 9pm with more events to be announced. 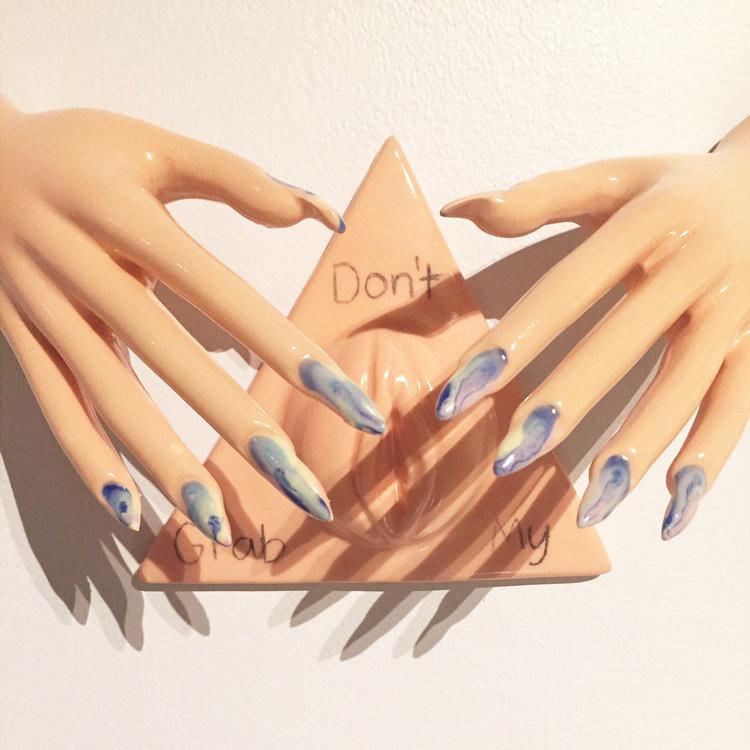 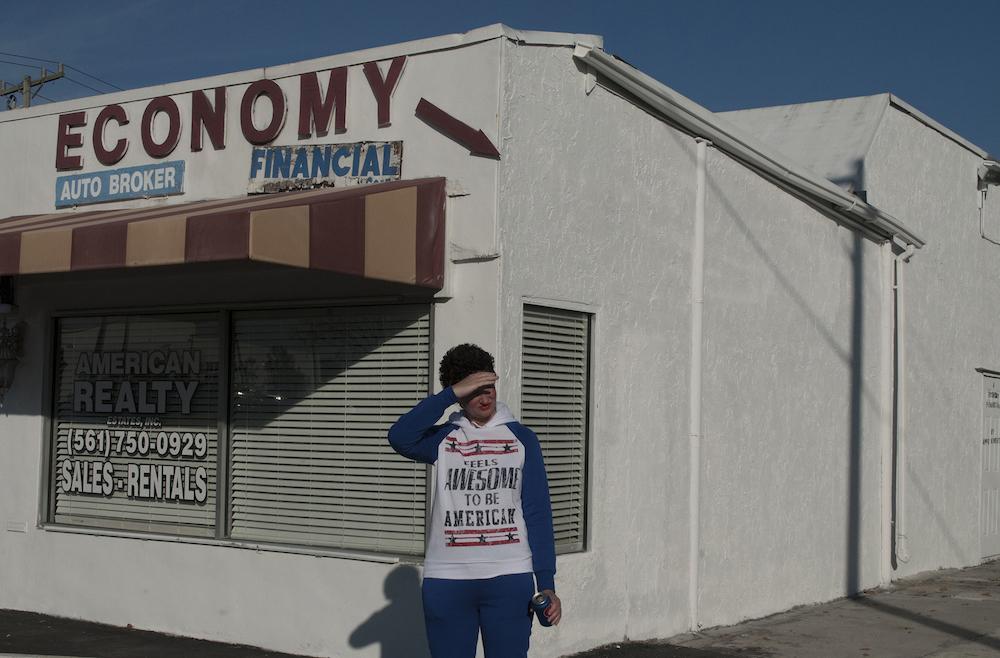 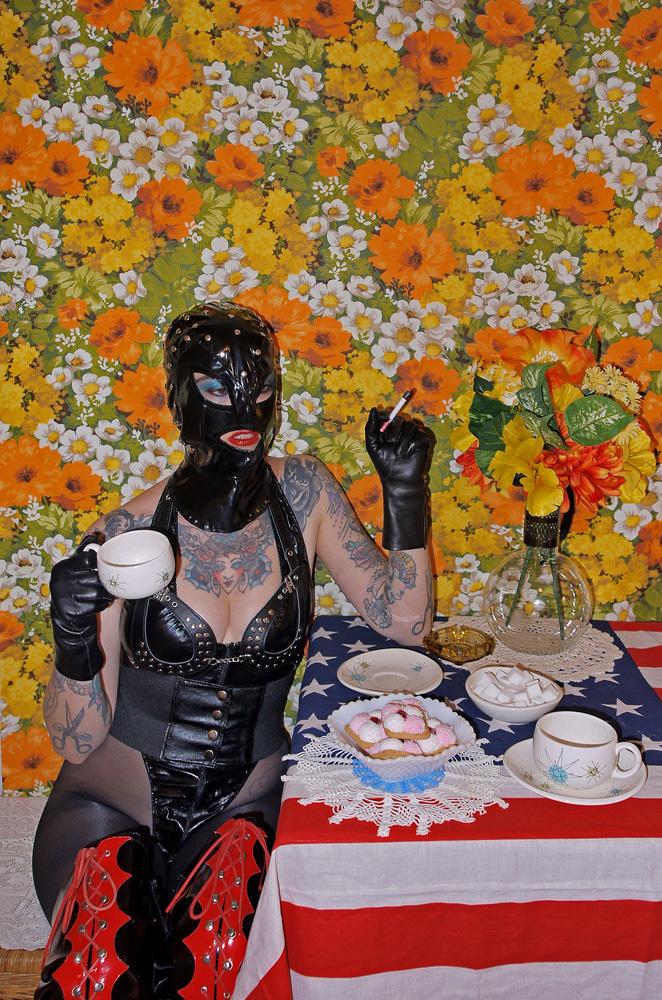 Kat Toronto, “Between the Devil Part 2” 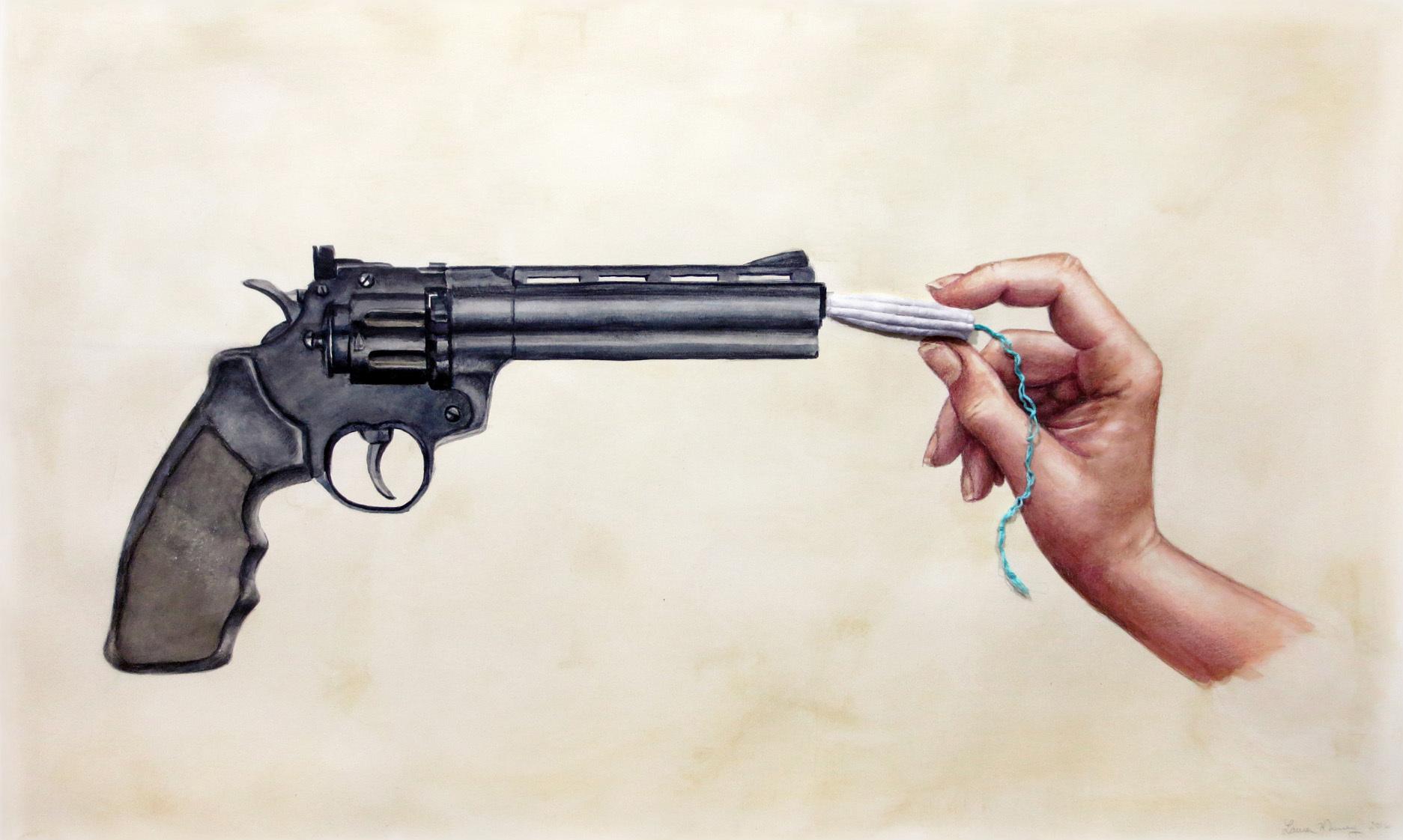 Laura Murray, “Plug It Up” 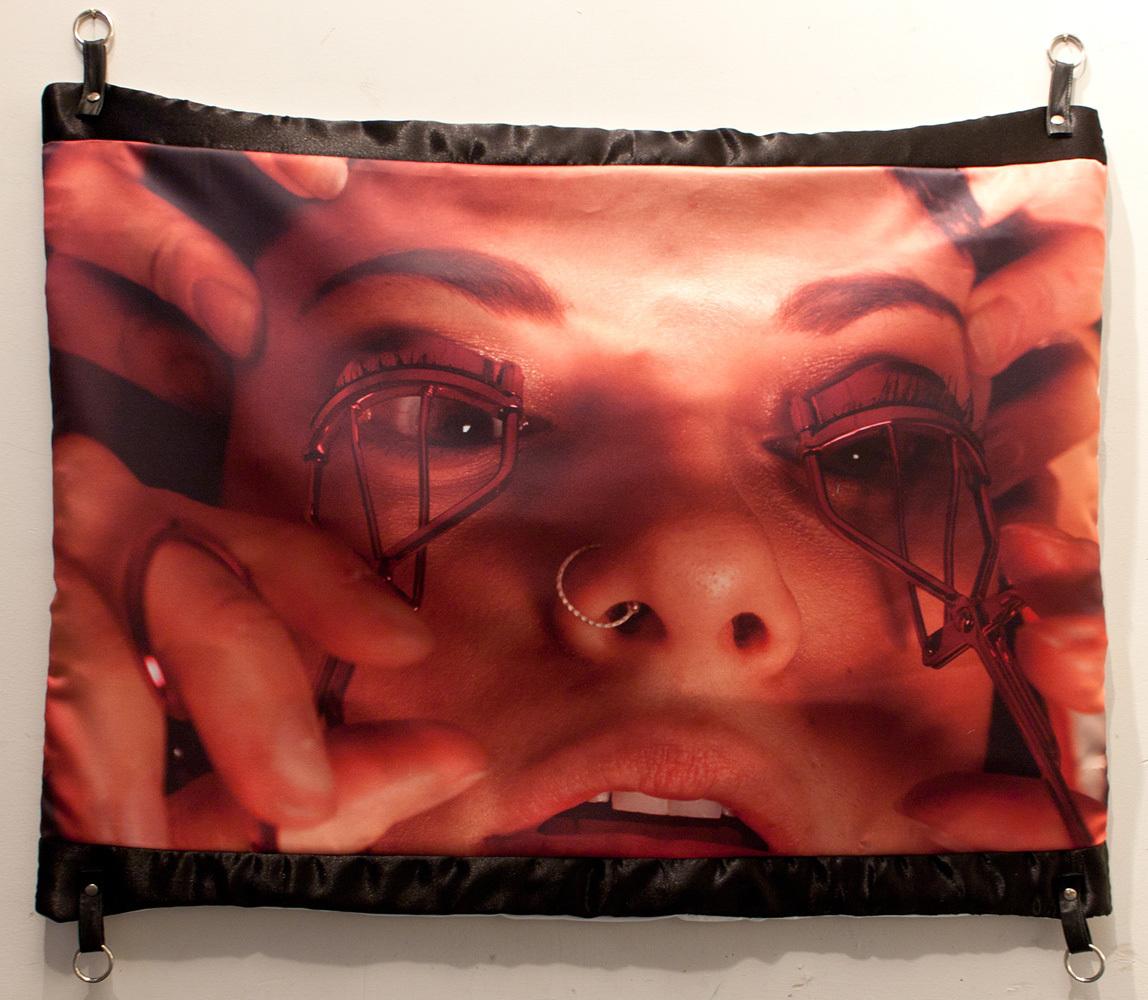 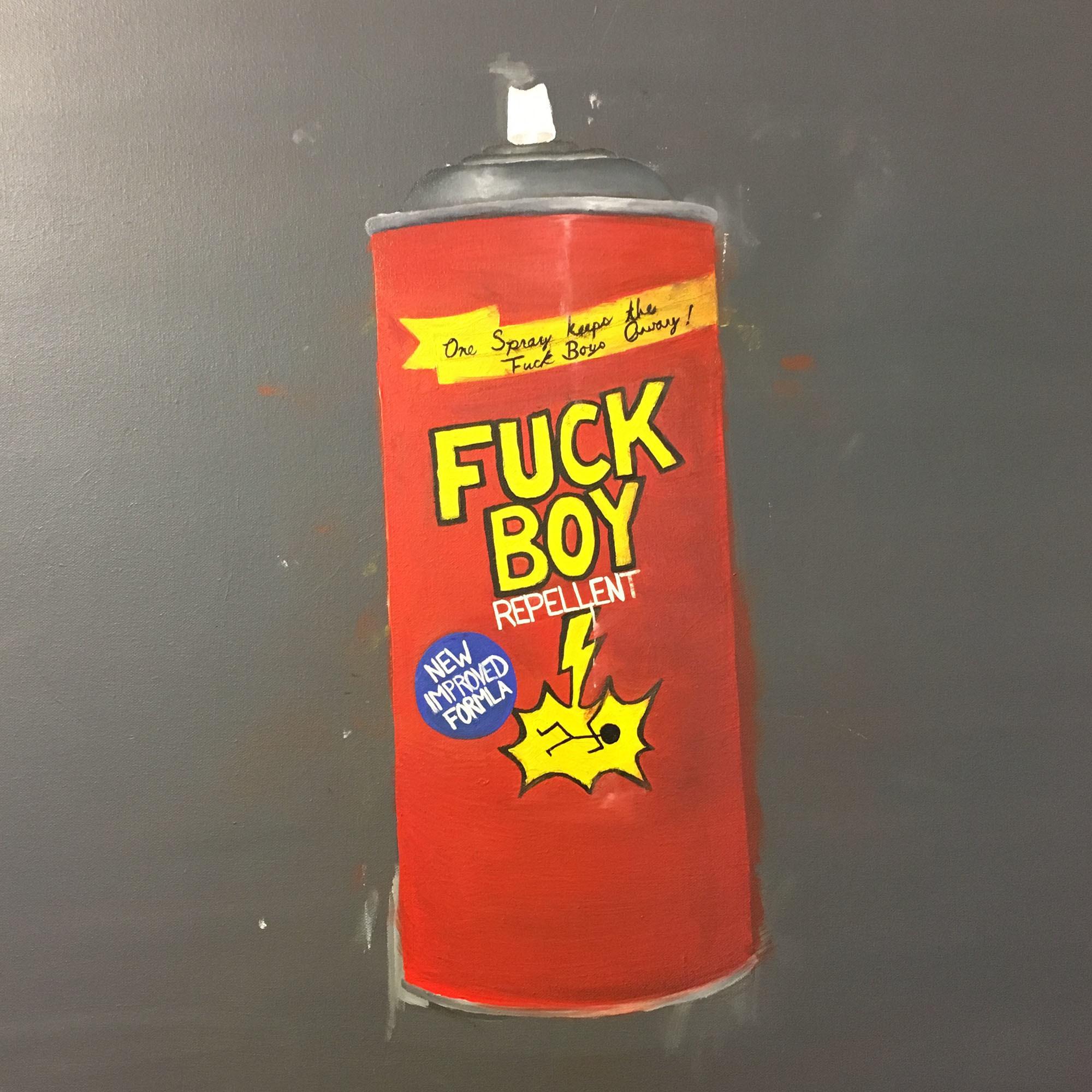 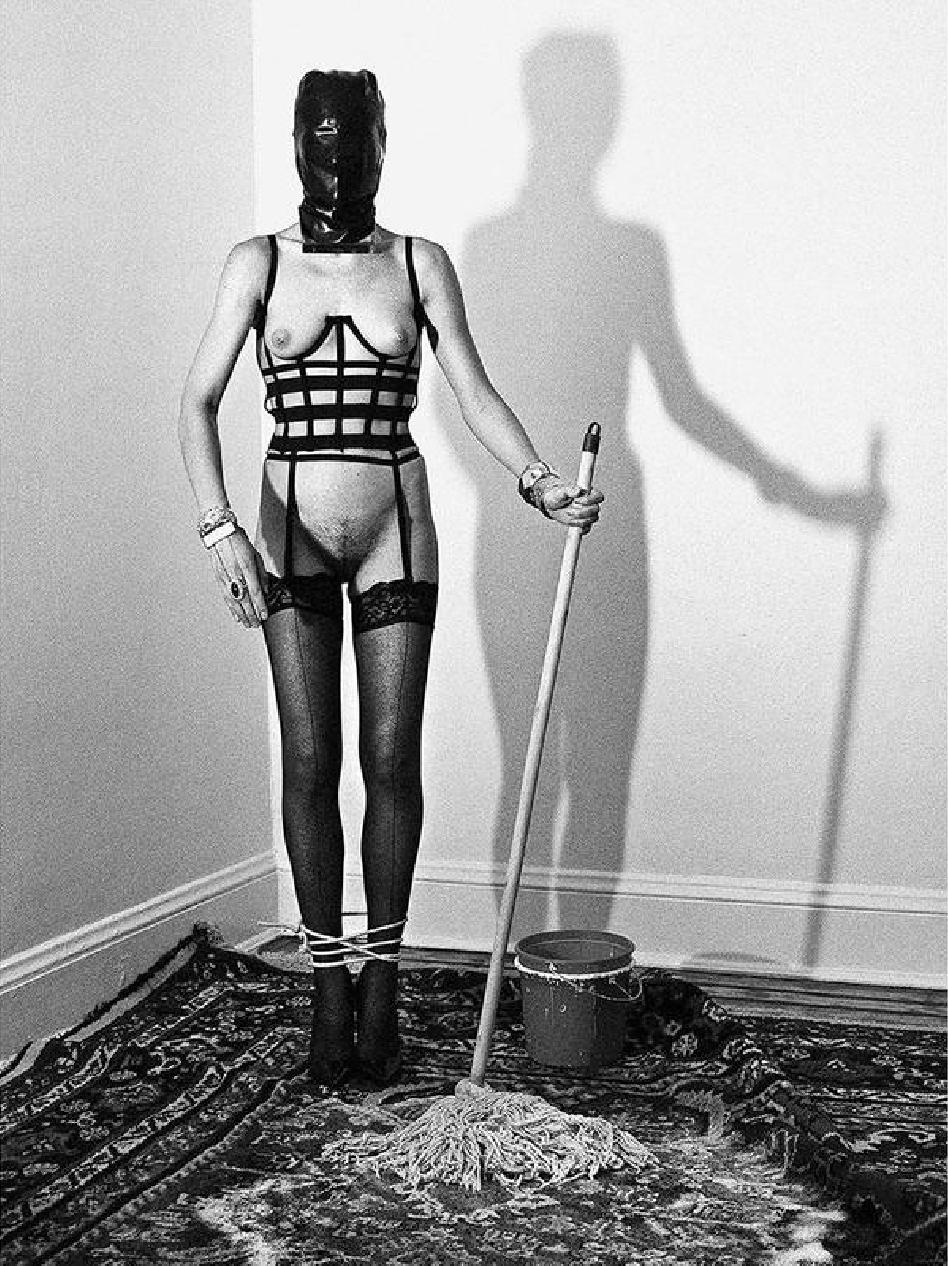 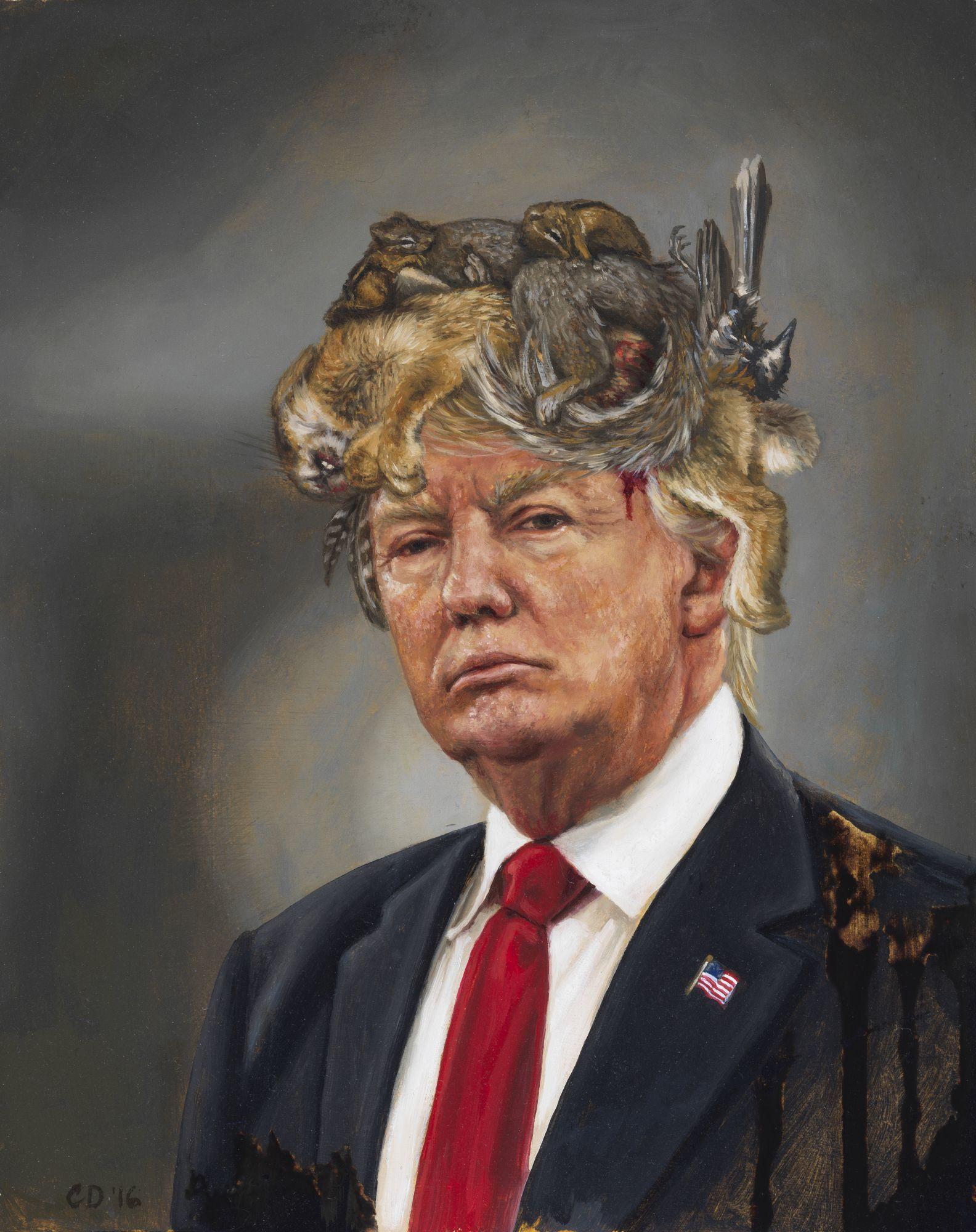 Cara Deangelis, “Donald Trump With a Crown of Roadkill” 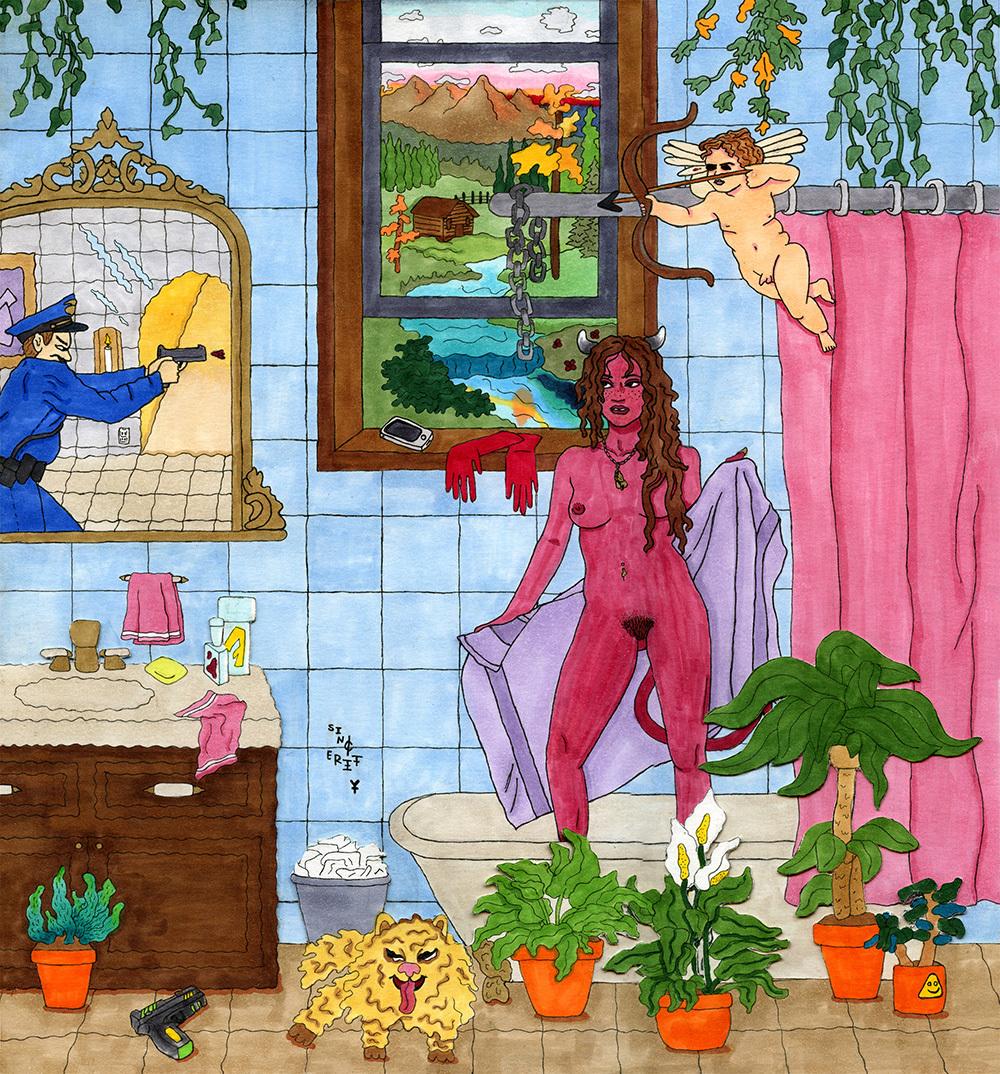 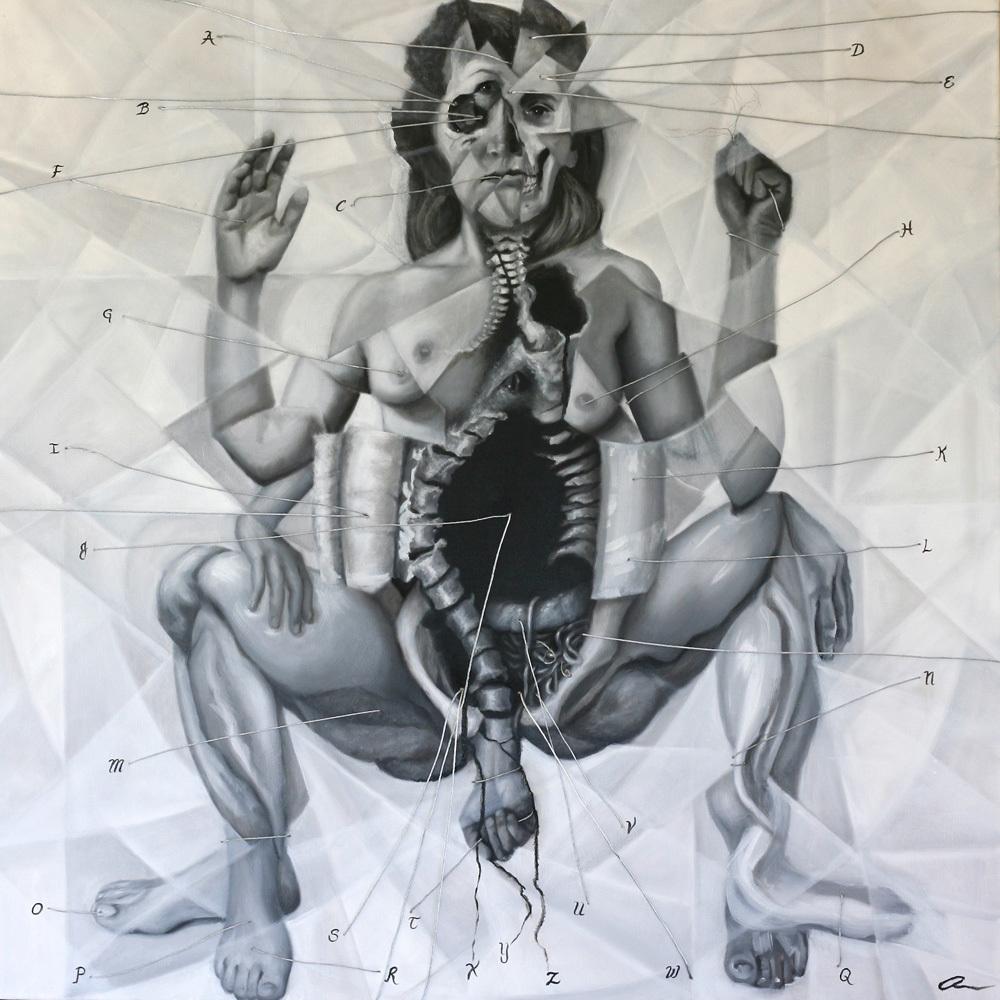 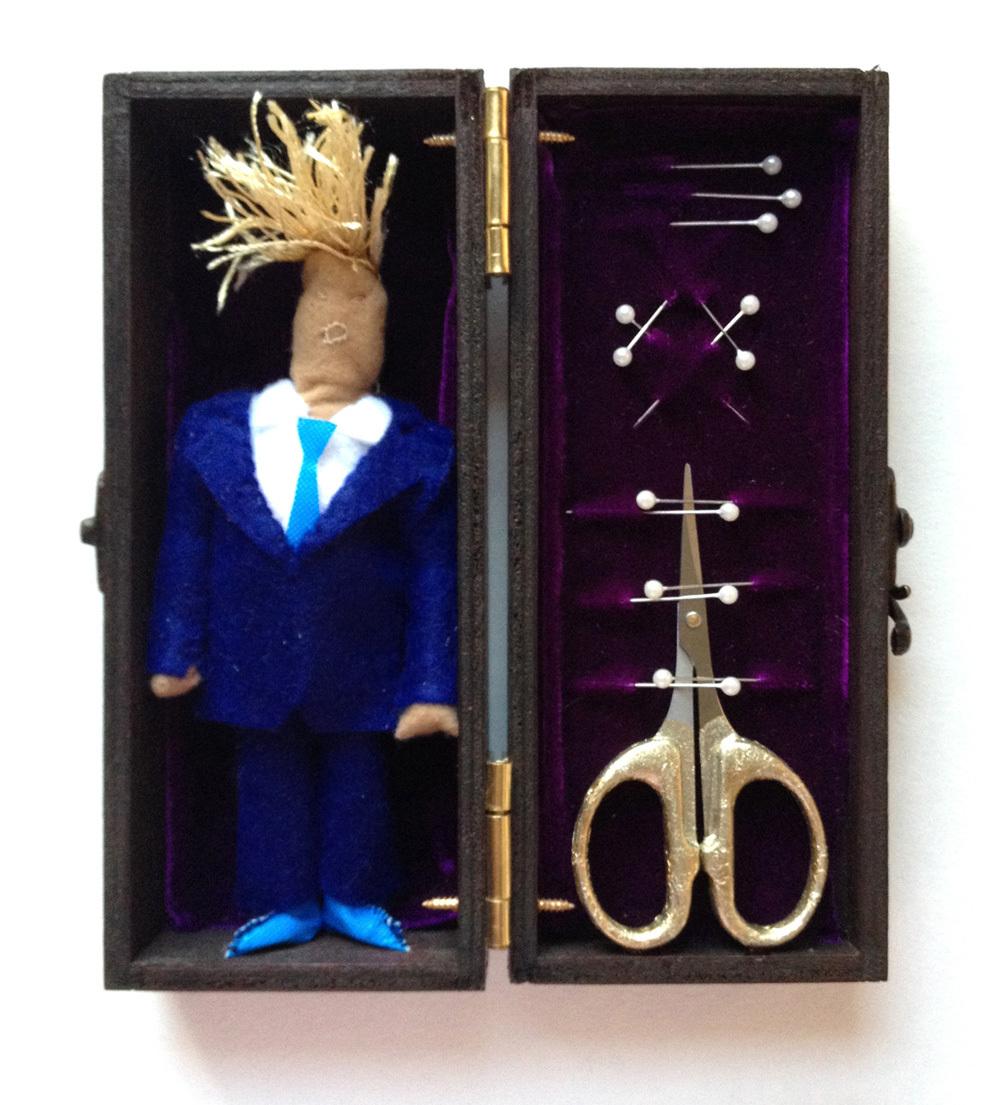